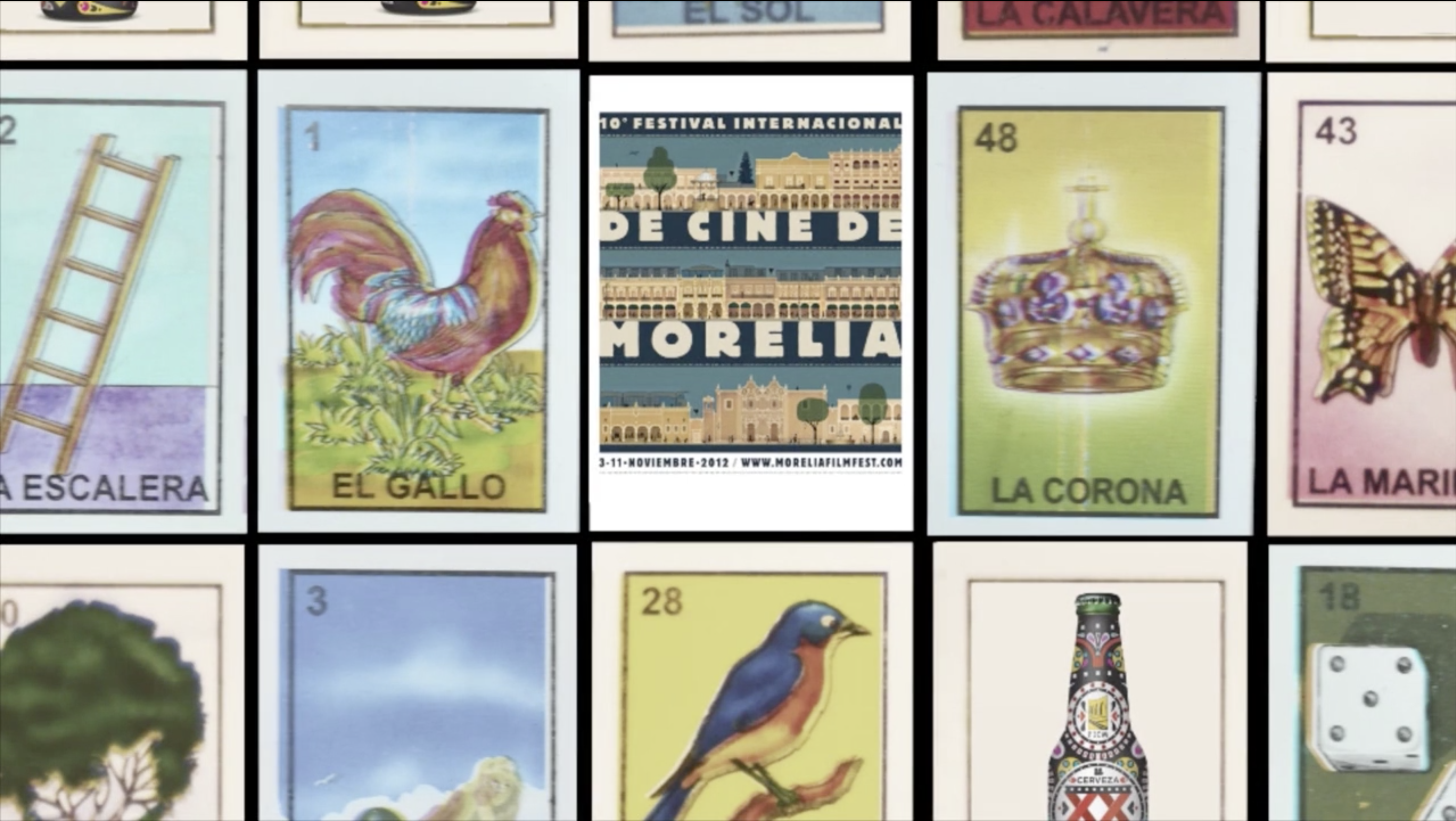 Loteria channels performance and technology to tell the story of Mexican cinema. The project began as a projection outside the Rich Mix in London for the Mexican film festival, then progressed to the Film festival in Morelia, Mexico. At Rich Mix, people could find out what was happening inside the festival space in a dynamic and digital manner. In order to realise this idea, we used the facade as a framework for projection. The panels rotate, generating a frame, that is visible during the day. When the sun set the images projected onto the facade, and the space came alive. Rich Mix merged digital visual arts within the concept of film, the incorporation of the piece itself with the music being streamed to the audience headphones. For the second part, we exchanged the streaming for live performance and an audio installation of 150 musicians moving across the city, converging all together to make a grand band.