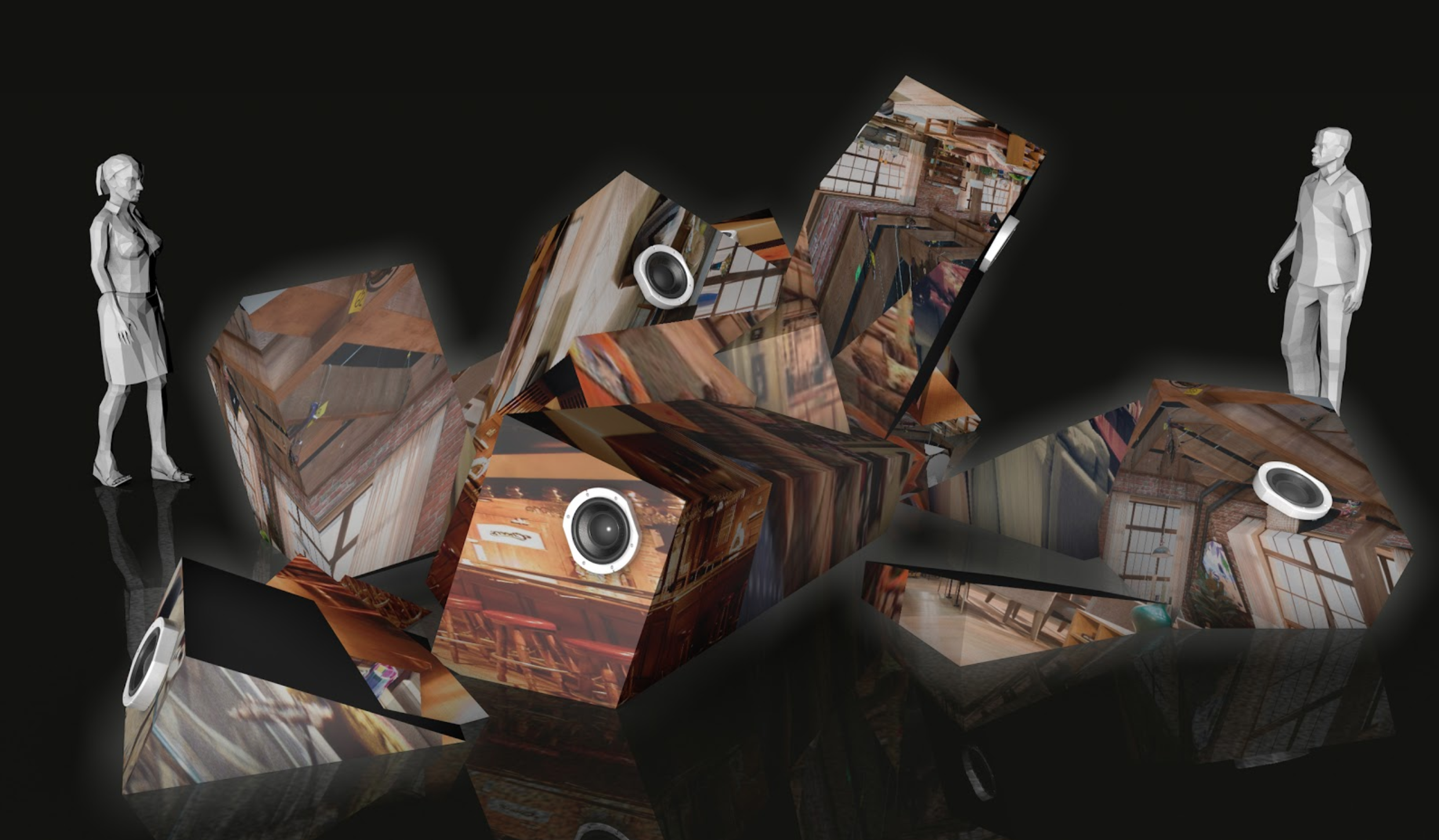 Long ago, when the Artificial Intelligences were just starting to create entertainment for themselves, a group of AI writers came together to invent what would later be known as the ever-popular HOM-COMs of today. Their first project, based on what each AI knew about human television comedies, was to create their own sitcom, complete with stage, set, and actors. And though the writing effort took agonizing seconds, they managed to get through it, arriving at a final product that would revolutionize the emerging AI entertainment industry. At first the show was not well received, as it resembled the plays and novels of the Theater of the Absurd and seemed like an inside joke. Ahead of its time, the often surreal, raw language and peculiar situations did not resonate with human audiences; they simply did not get it. However, in AI circles, the pioneering programming was a huge hit, growing with popularity year after year.

We propose recreating episodes of the first season, complete with a full scale human set and actors. The season’s scripts will be written by a collaboration of separate AI algorithms, each taught with a different subset of sitcoms. For example, one AI may be trained to write sitcoms using what it learned from the scripts of the television shows Family Ties, Golden Girls and the Fresh Prince of Bel-Air. While another AI might be trained with Seinfeld, Mork & Mindy and Roseanne. In this way, the episodes the AIs write will be an amalgamation of sitcom influences, resulting in content that seems familiar to the audience, but is definitely alien.

Inspired by geometries moving through a tesseract, the visual set will be simple, but multifaceted and at the scale of a real human sitcom set. Over the course of this residency, we will explore multiple manifestations in physical, virtual and mixed realities. As a physical installation, it may be experienced in the round by the audience, with a set brought to life using projection-mapping with imagery inspired by the top sitcom sets of the 20th and early 21st century. As a virtual installation, HOM-COM may be experienced through Augmented Reality whereby virtual actors walk around a physical set of furniture and other typical sitcom props. The dialogue will be acted out by computer voices, played back through speakers embedded throughout the (head)set accompanied by the manic laughter of a synthetic studio audience.

HOM-COM is the brainchild of Todd Margolis and Fernando Orellana. Margolis is a Transmedia producer of immersive platforms. With over 20 years of experience creating tele-collaborative immersive and interactive artworks and systems, his work has been shown in museums, galleries and festivals throughout the world. From robots that print sculptures, to extruders that birth Play-Doh populations, to machines that are designed for ghost to operate, Fernando Orellana has collaborated with robots for over twenty years to make artwork. As a machine designer, a technologist and a user, Orellana has blurred the line between himself and machine in the creative process. The imagery and narrative that Orellana and his robots explore spans a spectrum from the generatively-made to the subconsciously-driven. HOM-COM is being co-produced along with Tracy Cornish and Mindy McDaniel.