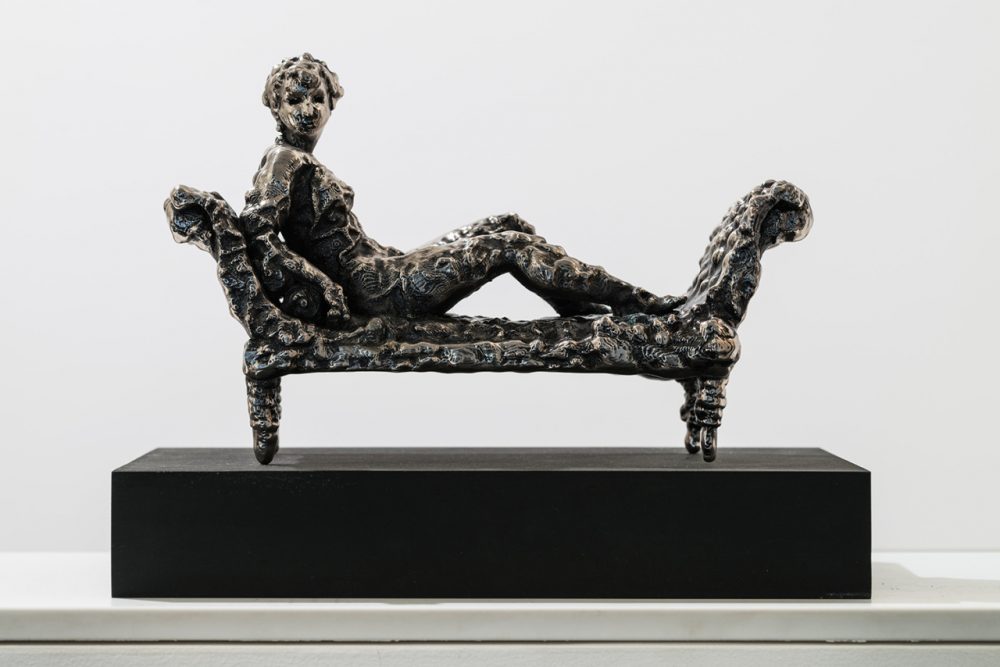 Mortifications are a series of heavy plastic figurines output from a Rapid Prototype machine. Individual 3D computer models are produced via a process normal to industrial manufacturing. Some were revised in 2016 using a material that I developed I’m calling Kryptonite. For it I used a new process (ABS plastic prints that have been chromed, stained and lacquered, and are on cast black rubber bases).

In The Mortifications, a realistic model of a nude is digitally “mutilated” and subjected to irregular and apparently organic deformations. By creating forms that evoke decay out of non-biodegradable ABS plastic, using a process intended to produce prototypes for mass production, The Mortifications propose a digital Baroque. Related to the intentions of the historical Baroque, the emotionally expressive, personal style of this imagery is intended to breathe irregularity and life into a conformist techno/consumer culture.