How might we touch that which appears to be invisible? If air pollution could be felt what would its weight convey, its texture induce, its shape suggest?

During studio sessions our research shifted from a focus on visual forms of scientific microscopy to an interest in touch and the material composition of air. We started to think about breathing as a form of bodily touch, a connection with different chemical, mineral and biological elements across scales and temporalities. As we developed our VR prototype we worked with our collaborators artsXR to create objects of physical interaction. Our practical experiments involved embedding VR trackers into spherical objects, so that once inside the VR world the user could hold, feel and touch a physically weighted object with their hands whilst moving it inside the VR experience. This created a different mode of interaction from the usual hand held controllers, where the user navigates their movement and action within the VR experience. Instead the user was invited to hold, touch and contemplate an air pollution particle as a simultaneously felt and inferred agent. The digital collage Touch was a way of sketching up these ideas as we moved towards the development of the VR prototype. 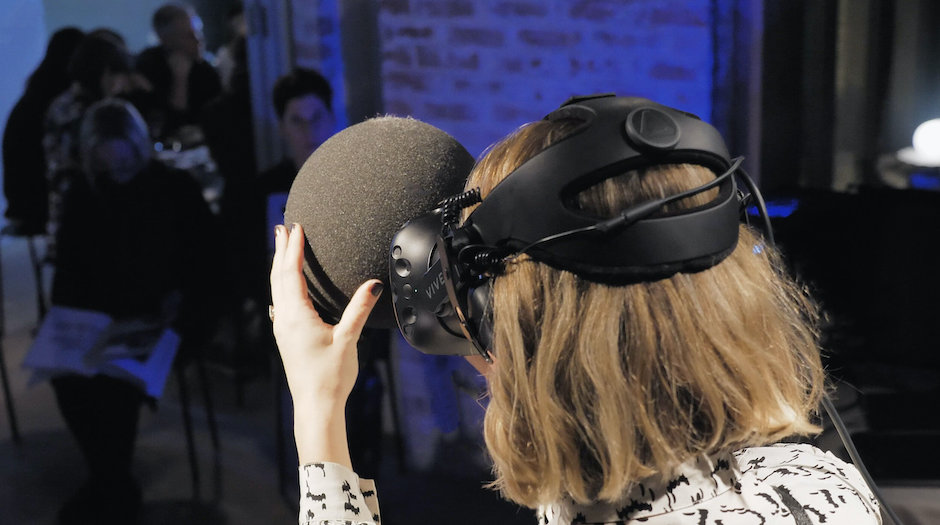 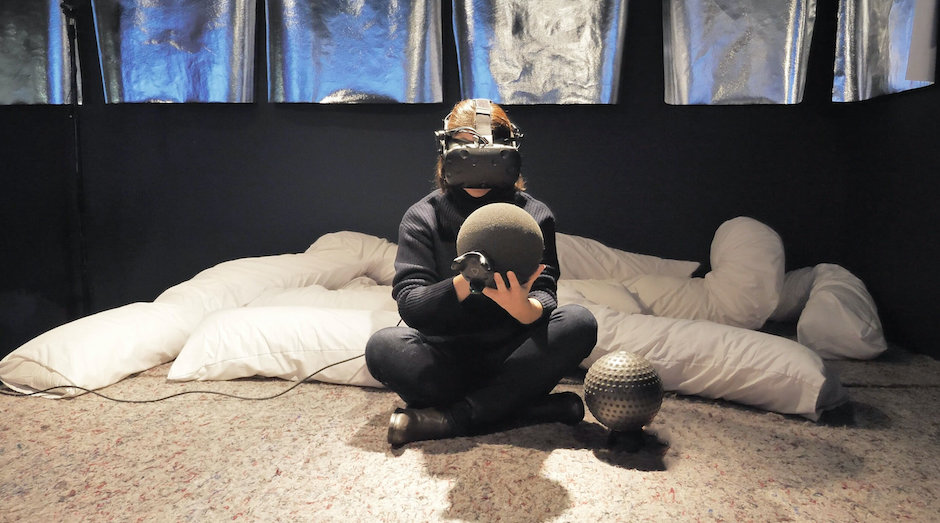