Tied Up At The Hospital

My art is focused on the importance of identifying, expressing and acknowledging emotions. We all feel emotions and they impact us greatly, but they often go unacknowledged. When we don’t deal with what’s going on inside of us that’s when chaos happens, because ultimately it impacts every decision we make and every action we take. What is going to help us get to a better place in the world, is if we, the leaders and the followers, all deal with our internal worlds. What holds us back from feeling is we think we can’t take it. But when we go into those feelings, and look at them, we find a peace that is greater than any of the pain we think we’re avoiding. I paint internal landscapes and put them out into the world as a language that can be used by others.

Trauma–>Disconnection–>Disassociation
Tied Up At The Hospital was selected by Timothy Potts, Director of the J. Paul Getty Museum, for the POP ÜBER ALLES Show at the L.A. Art Association
Augmented Reality Via App: Daniel Leighton Art + AR: Download the app from the App Store Wi-Fi Required. To make the paintings come to life, open app, tap “AR”, point at paintings, interact.
The Augmented Reality (AR) films explore the reconnection to feelings. 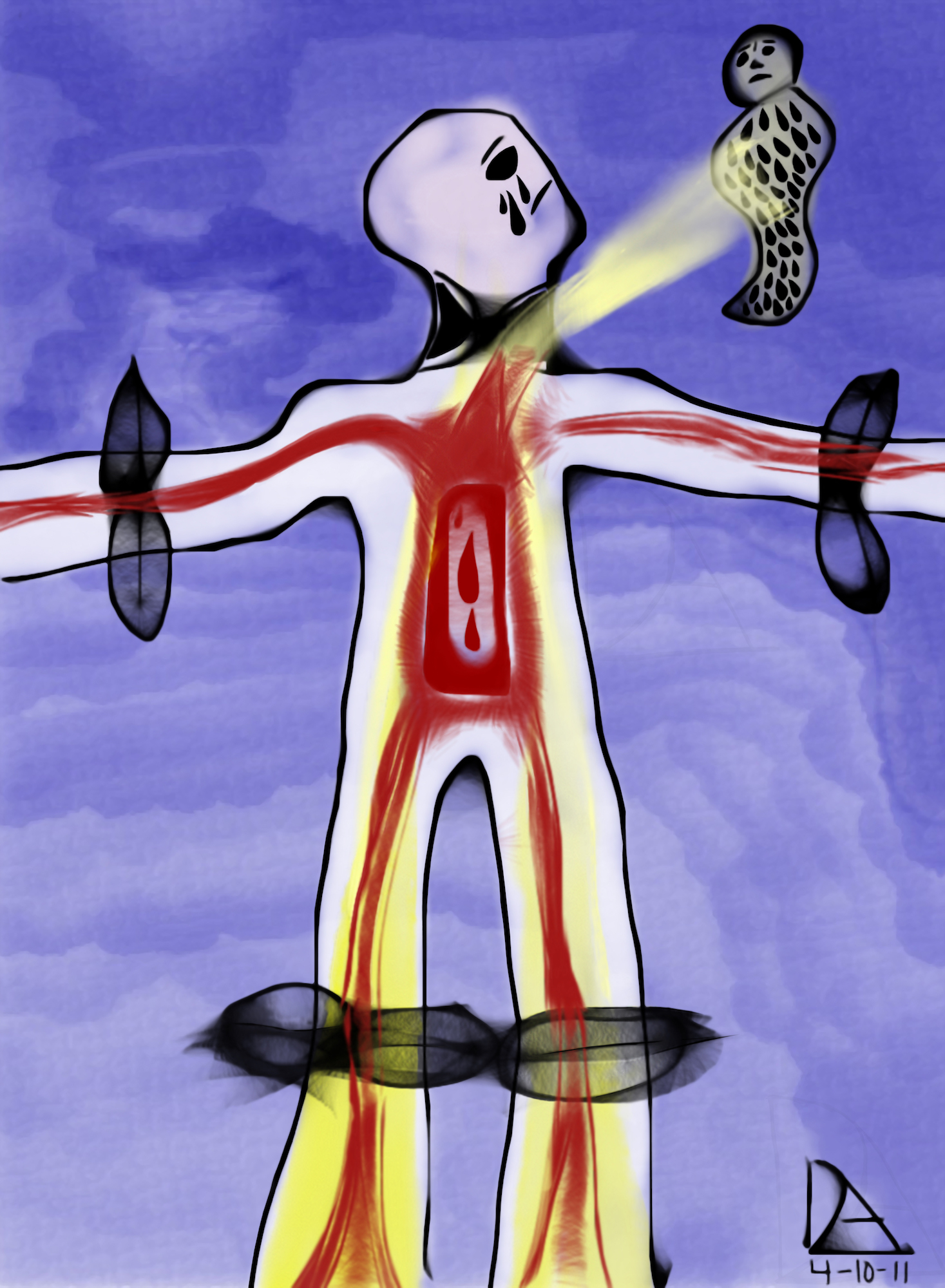 Daniel Leighton is an Augmented Reality artist, iPad painter, filmmaker, and technologist who started programming at the age of eleven. Having Crohn’s Disease since birth, Leighton faced his mortality from a very young age. Countless invasive procedures, hospitalizations and surgeries helped drive him to dive deep into a lifelong quest to understand the workings of his body and his emotions.

He creates emotional portraits with simple lines and brilliant colors to capture complex states of the human psyche, while exploring the possibilities of technology and human emotion being harnessed for the greater good.

Leighton adds Augmented Reality (AR) to his paintings by combining his backgrounds in filmmaking and computer programming. Using the Daniel Leighton Art + AR app, viewers can experience additional dimensions of Daniel’s AR-enhanced paintings.  As art critic, Shana Nys Dambrot, says about Daniel’s app, “[it] turns your device into a viewing portal into what it is tempting to describe as a parallel universe.”

Daniel’s work has been featured by Timothy Potts, Director of the Getty Museum in Los Angeles and the Victoria and Albert Museum in London, where he recently spoke. His most recent exhibition was at the San Luis Obispo Museum of Art (SLOMA) from April – June, 2018.