Sorry, this content is not available on mobile devices 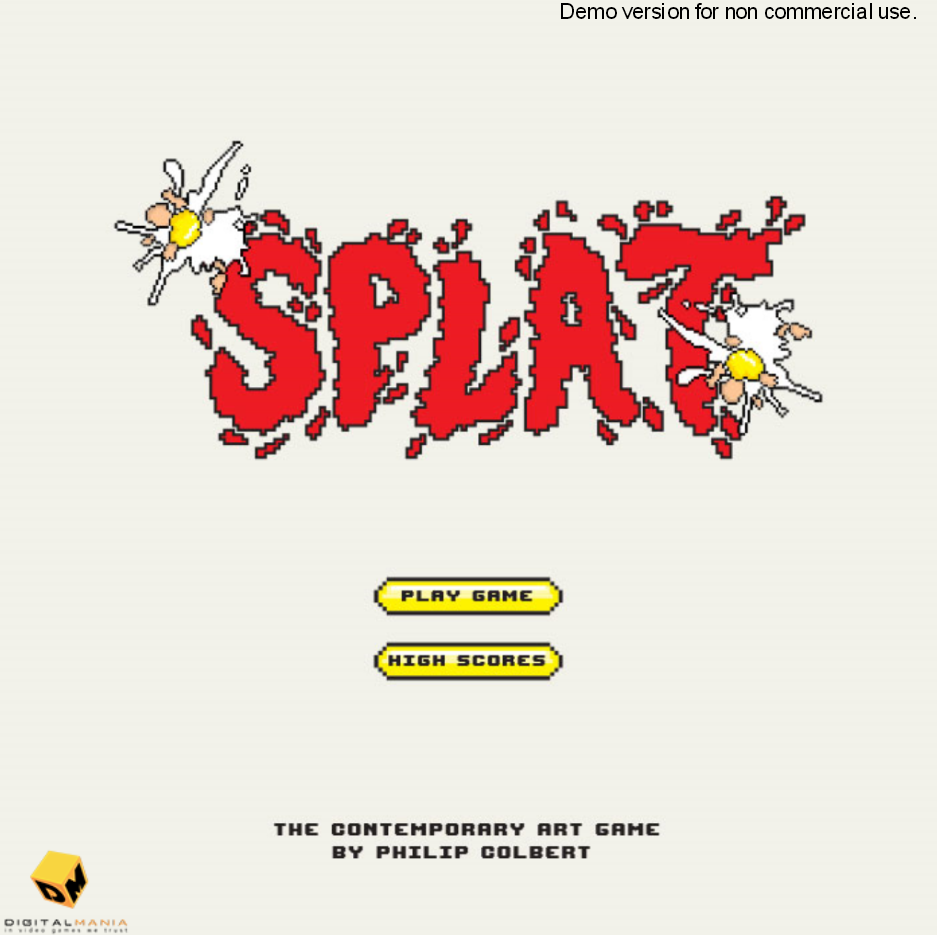 SPLAT is an interactive pop artwork game. Where a cartoon lobster collects tomato and egg ammunition at Art School to then create his own artworks through SPLATTING pop Icons.

For me the Concept of SPLAT both captures the infinite idealism of raw expressionism “when a tomato splats it reaches for infinity” and the banal humour of comedy “the tomato splat also captures comic book humour of parody and rebellion”, the concept is realised in the form of a retro pop computer game style featuring Colbert’s own pop symbols. This genre makes it possible to create a world beyond painting and sculpture, People can interact and create their own artwork within an artwork”. A more developed SPLAT game will be launched in 2016 again exclusively with Gazell.io