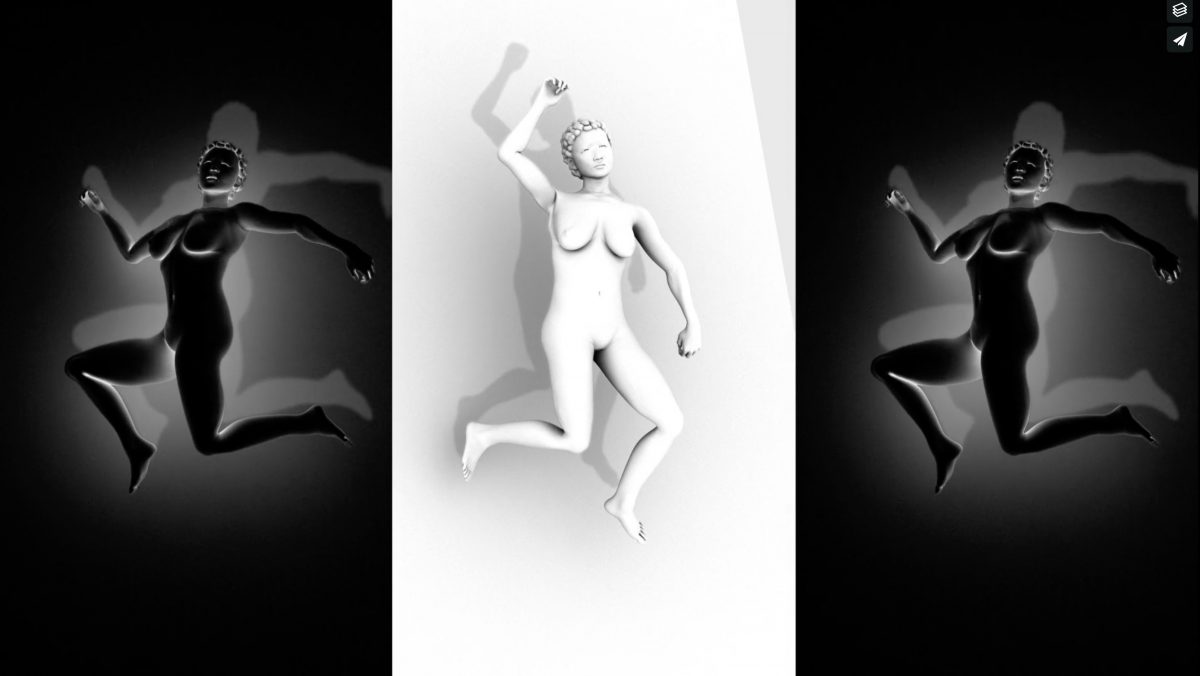 RECUMULATIONS re-examines possibilities first proposed by Trisha Brown in her systems style of choreography which she made for a real body recorded by video, and now contemporized as a virtual body performing within nonlinear digital spaces created by means of highly systemic “procedural” 3D animation and projected on the gallery walls.

The basis for RECUMULATIONS is the experimental digital-dance animation created by Claudia Hart during her residency at the Ellen Stone Belic Center for the Study of Women and Gender in the Media and Arts in 2010, created in collaboration with Roberto Sifuentes, a founding member of the performance group La Pocha Nostra, also Belic residents in 2009. The initial phase of the project was to re-perform and then interpret Brown’s Accumulation. The intentionally erratic and spastic, irrational and violent Sifuentes performance was recorded in the motion capture lab of Columbia College, for use as raw data for the creation of a new animated choreography. Sifuentes’ male and significantly gendered movements are being combined and recombined to form an irrational “rational” system of movement, inserted into a hybrid avatar digitally designed by Hart. The result is an animated trans-gendered, multiracial performing woman, apparently floating several inches above a wall, dancing by means of captured motion that accurately expresses gravity yet at the same time uncannily defies it.