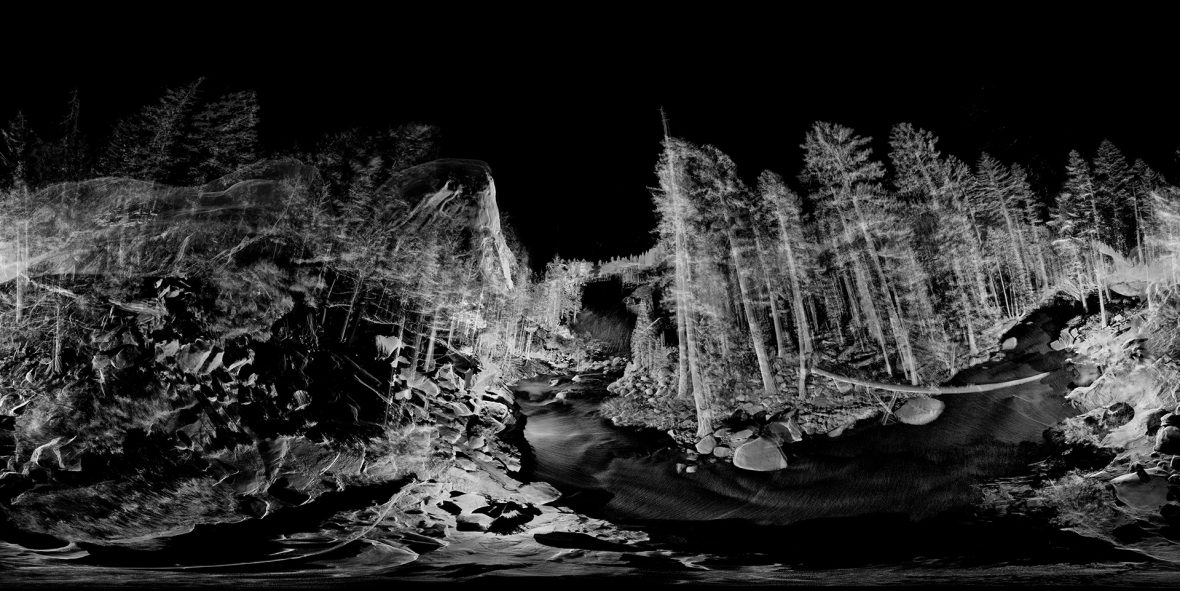 Post-lenticular Landscapes is a re-enactment of the early photographic expeditions of Watkins, Weed, Muybridge and Adams into Yosemite National Park. Our expedition, in Summer 2016, was not equipped with cameras but instead with the latest terrestrial laser 3D scanning equipment. The completed work – a high fidelity 3D hologram of Yosemite Valley – was on display at LACMA in Spring 2017.

In the 1870’s Eadweard Muybridge looked to Yosemite as a setting to test his pioneering photographic techniques. These early expeditions have been replicated throughout history, most famously by Ansel Adams.

In Yosemite we established a digital base camp, the centre point of which was a matte grey 4×4 vehicle which acted as our hub for processing collected 3D scan data. Over 15 days we ventured up into the National Park and to a series of key locations including Vernal and Nevada Falls. In the age of the iphone camera and the selfie our expedition was comparatively heavily laden (our laser scanning equipment took eight people to transport during the expedition!). The logistics of taking such high tech equipment into a comparatively inaccessible environment formed a major part of the re-enactment, mirroring the epic nature of the early pioneer photographers. 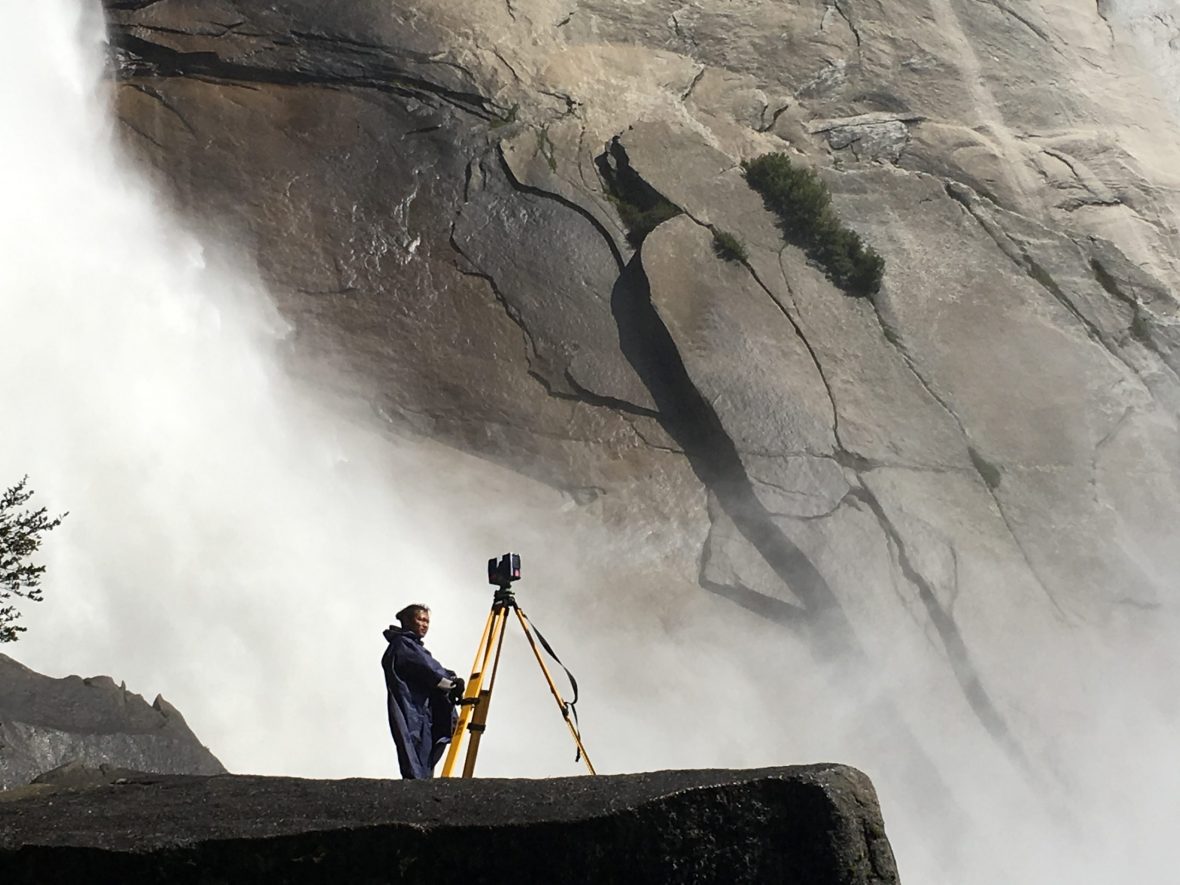 Works from the series are currently on view at Gazelli Art House, London.

Shaw and Trossell share the common passion for highly crafted making and storytelling that manifests itself in their digital and physical works. Their studio is filled with a diverse team who juggle groundbreaking tech development and creativity on a daily basis.

ScanLAB’s primary medium is 3D scanning, a form of machine vision that they argue is the future of photography and spatial representation. As the electronic eyes for billions of mobile phones and driverless vehicles, 3D laser scanners are the cartographers of the future. By critically observing places and events through the eyes of these machines ScanLAB’s work hopes to glance at the future we will all inhabit.