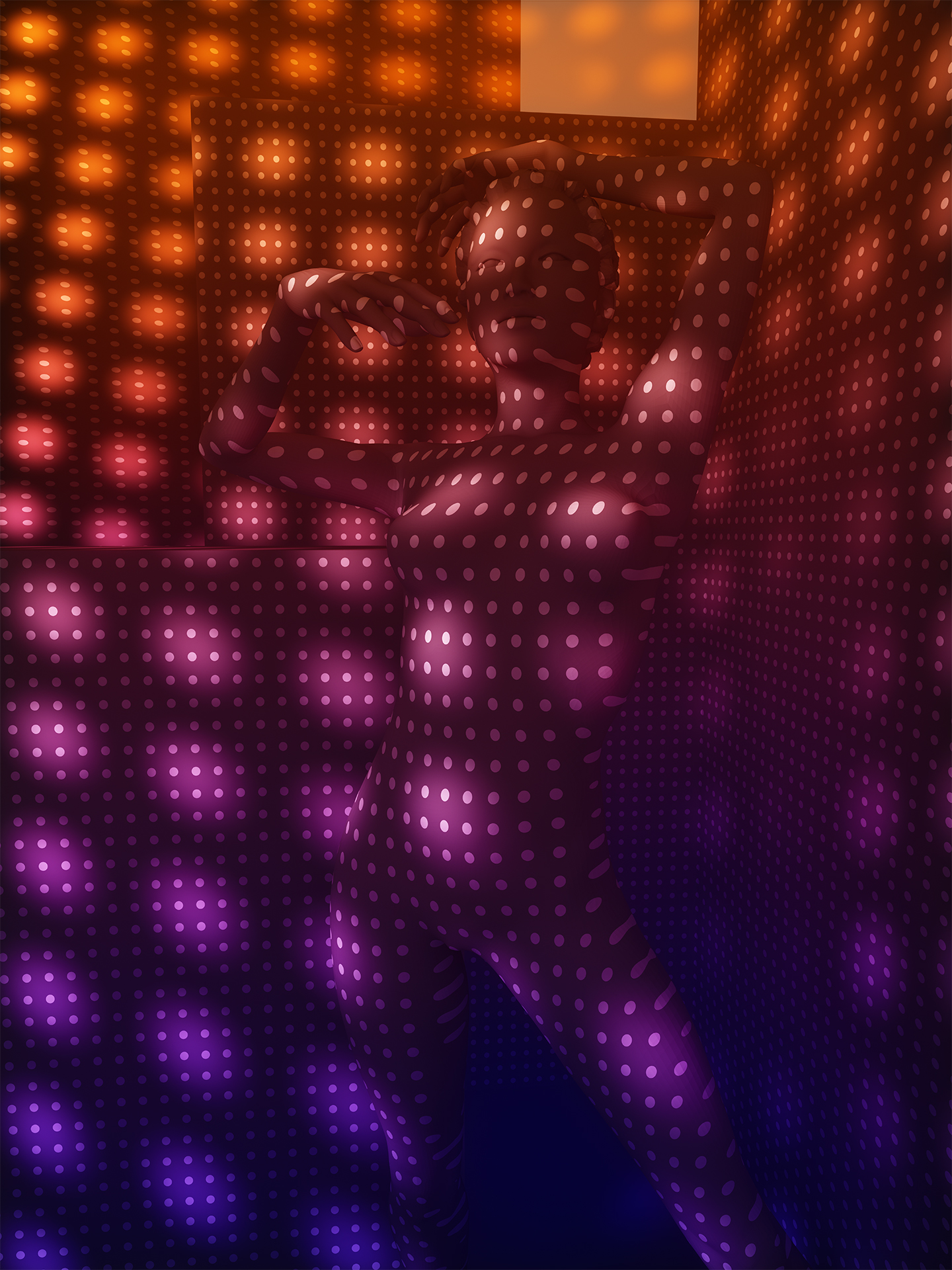 This work is modeled on a 1963 image by the same name by British photographer Jean Straker, known in the fifties for his erotic images of unconventional female beauties. His work was regularly confiscated by the British authorities, resulting in Straker becoming known as an activist who helped to change to the censorship laws of his time. I reconstructed Straker’s photo and then used a variety of digital processes to layer different types of pulsating visual patterns over it, from strobing light simulations to the simulation of the motion of a curtain slowly fluttering in the breeze, The result is a version of trance-art that is techno-sublime: an attempt to imagine a digital space of disembodiment that is post-op, post- pop, post-human, post-Pictures, post-capture and post-photographic.