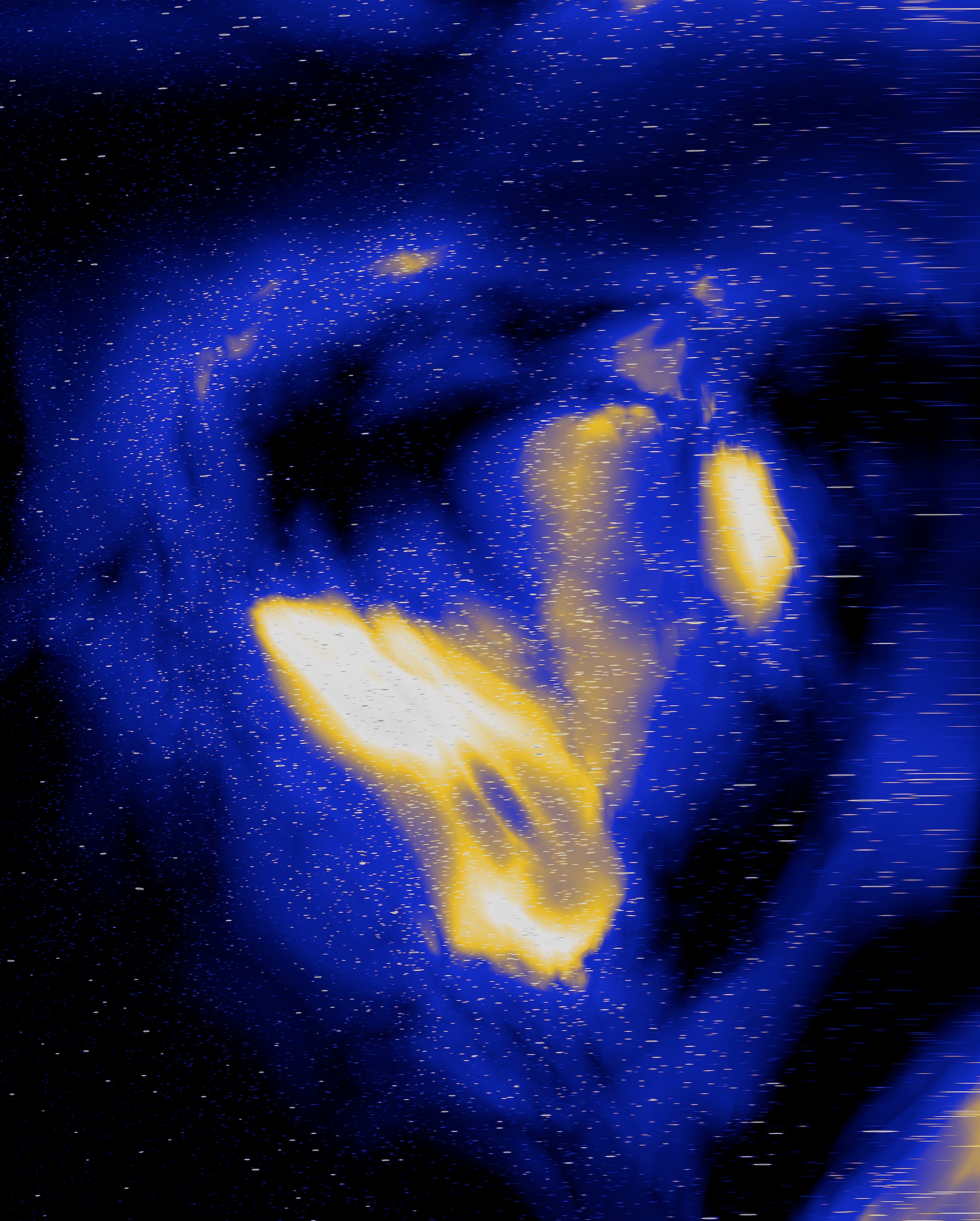 Based on the same principle of creating Nimbus, the previous Audio-Visual installation, Nimbus [lux], is a series of digital graphics produced through noise algorithms. The artist is constructing virtual clouds inside the screen space, and light of the screen as a metaphor has been cast on the ﬁgure of generated graphics. Thus, the series of works cannot be deﬁned as traditional “photographs”, instead visual images captured by virtual cameras of computer programs have been transformed to the reality. Meanwhile, we are ﬁnally able to see the virtual landscape that computers share with human eyes.