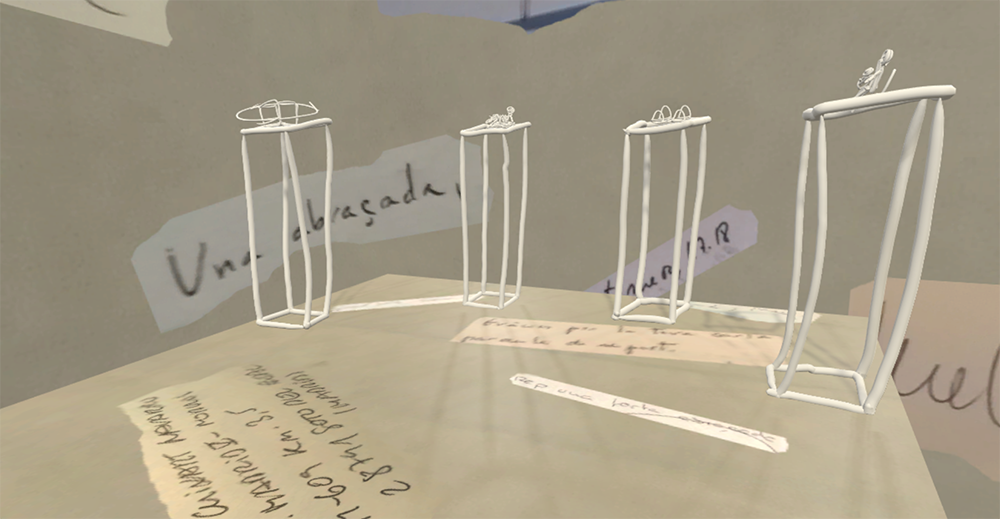 Intro (In Pieces) is the VR portal to the dystopian present. A hand-made 3D environment made out of cut-out words from letters received from prison, and four plinths that the user needs to knock out to start navigating through the piece.

The user is placed in the center of a paper box. A prison of made out of words and textures received from prison, and the only escape is to further delve into the narrative. 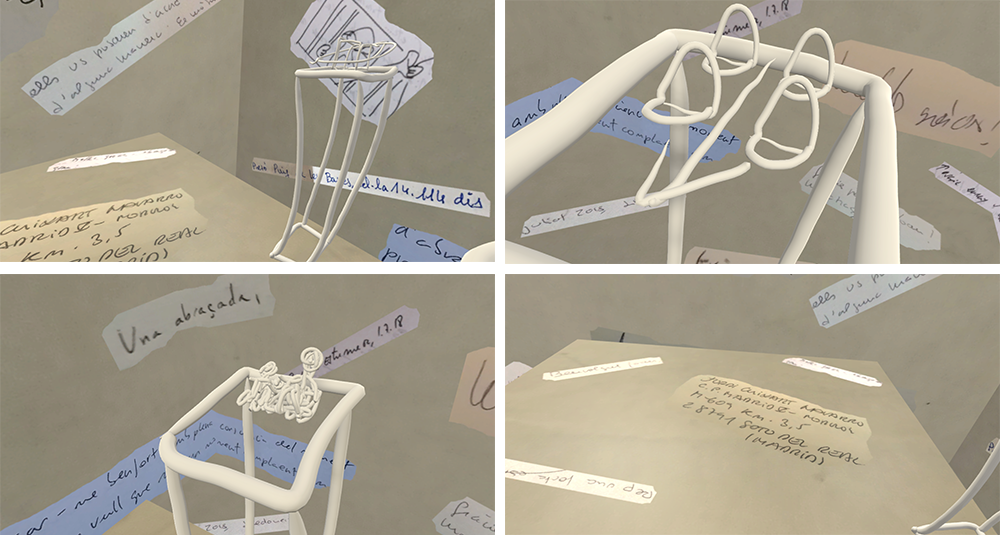 Joan Soler-Adillon developed this first version of In Pieces. Sketches of a Dystopian Present during his residency at #gazell.io in October 2018.