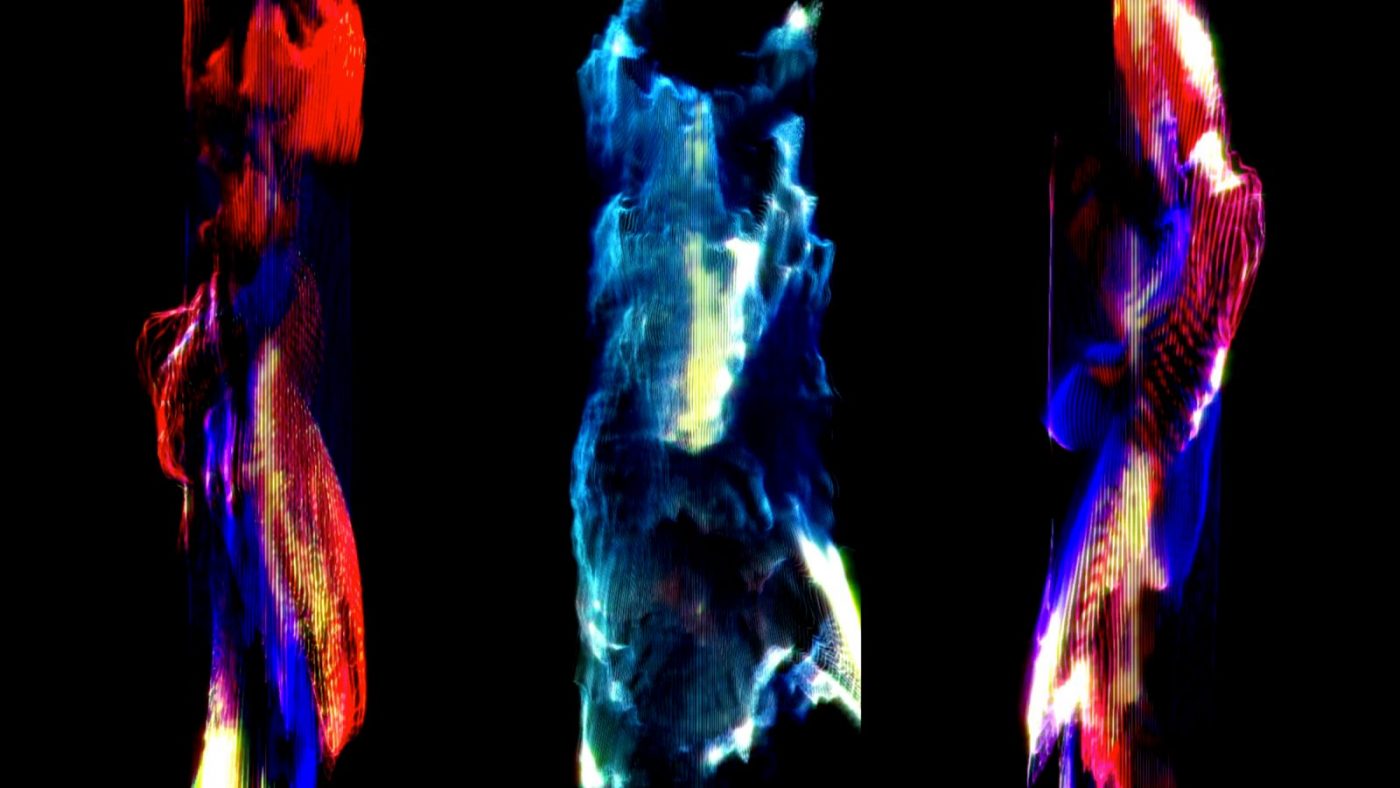 Ozan Türkkan, in this audiovisual installation, comprised of three large projections on one wall, uses new digital tools, algorithms and programming languages. The elements of image create a strong connection between the designed abstract shapes, manipulated through geometrical mutations. The deconstructed fractal shapes are developed within the program matrix of the Rutt/Etra synthesizer, which creates tension and peculiar balance between classical sensibility and futuristic vision in the same image.

New media artist, Ozan Turkkan was born in Turkey(1980). He worked many years in the field of multimedia and digital arts. Before the very first steps in digital media, he studied and practiced various art disciplines in Philadelphia, Salamanca and Barcelona in collaboration with numerous institutions, and art centers. After he graduated from The University of Salamanca, he received his Master degree in Multimedia at BAU (Escola Superior de Disseny, Universitat Central de Catalunya) in Barcelona, where he lived and worked many years years as a new media artist.

He is currently based in Vienna.

His work is centered on experimental digital media with a focus on generative computer arts, fractals, algorithmic art, virtual reality experiences, interactive art, and motion as a reflection of impermanent nature of existence, human and social behavior. He uses technology as a canvas to create innovative and engaging digital art installations to observe forms of interaction, social exchange, participation and transformation.

Living in numerous cities throughout of his life Ozan Turkkan has developed a sense of multiculturalism and cosmopolitanism which characterized his works. Complicated structures, conflicting and coexisting colors and diversity have been a parameter to push the artist to stress on complex field which is converging around the art, new technologies and the sciences of nature.

He likes to explore the many-folded boundaries between science, art and new technologies, and combining different media elements in a creative process.