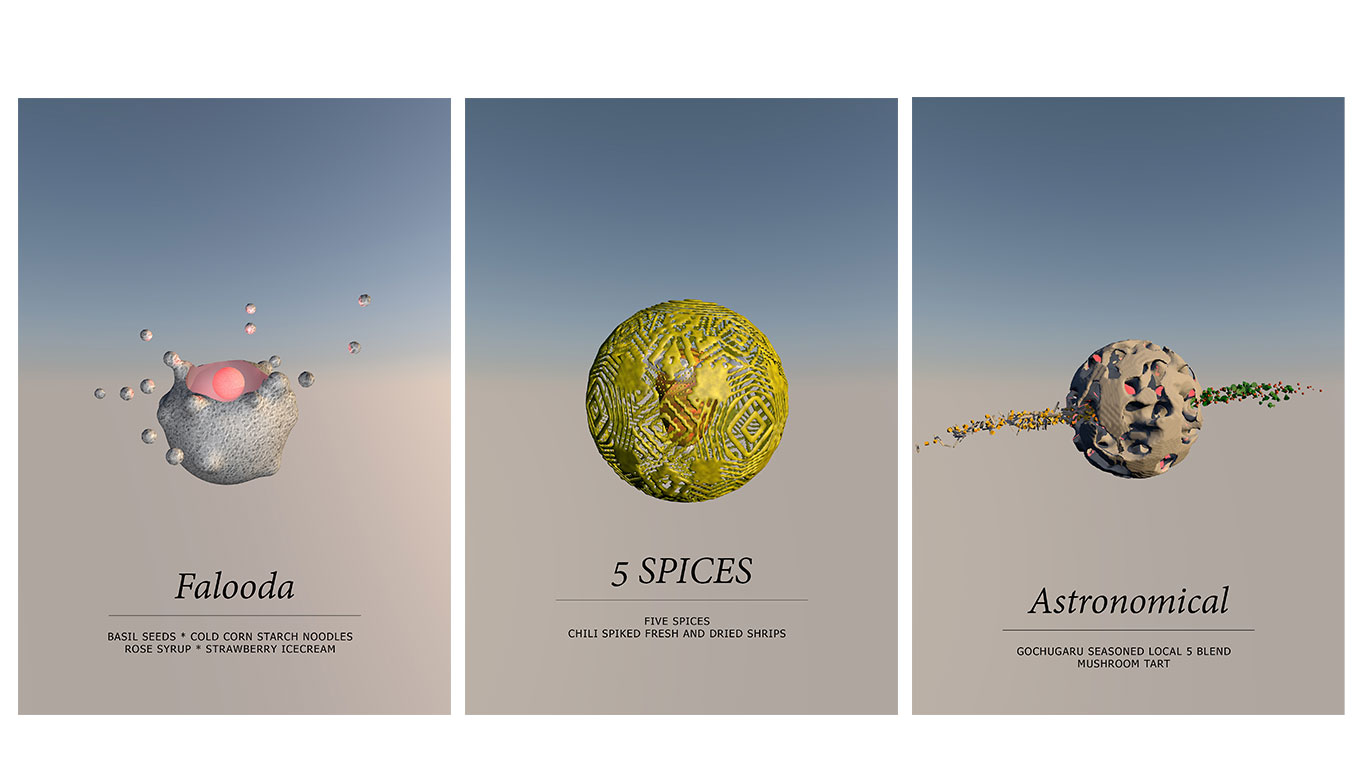 Conceived by Mattia Casalegno in 2018, Aerobanquets RMX is a series of augmented dining experiences focused on taste perception in Mixed Reality.

After acclaimed shows in Shanghai and Gwangju, the Aerobanquets RMX will open in NYC at the James Beard House in Fall 2019. The ‘immersive gastronomy’ experiences include a menu designed by renowned Chef Chintan Pandya (Rahi and Adda, NYC), voice over by Gail Simmons and original soundtracks by Martux_M and Paul D. Miller aka dj Spooky.

Mattia Casalegno is an Italian artist working in installations, sculpture and Mixed Reality.

Nominated to the New Technological Art Awards in 2014 and artist in residence at Eyebeam in 2015, he received various grants and fellowships from among others, NEW INC, the Center for Cultural Innovation, Young Italian Artists Network, NYFA, the Elizabeth Foundation for the Arts and the Chronus Art Center. In 2018 he is recipient of the Lumen Prize People’s Choice Award. He is currently adjunct faculty at department of Digital Arts, Pratt Institute in New York, and the Design+Media department at Rhode Island School of Design.